Kenyan actress and former TV Host Ella Wanjiru alias Ella Ciiru has come out to reveal that her ex-boyfriend leaked their intimate conversations, nude pictures and racy videos on social media for only 20,000.

In a long Instagram post, the former Nairobi Diaries star said that some people on social media feed on misery and that her most intimate pictures which were not meant for the public, are being circulated on social media by a person she had chosen to trust as her boyfriend.

Ella who now stars in the new KTN show ‘Socialites’ continues to say that she fell for him and gave him all of her but instead the man who she did not reveal his name, ransomed her dignity for a meagre 20,000 which he tried to extort from her for so that he does not share the intimate collection to the world.

The photos and videos which have since been deleted were leaked via a fake account on Twitter.

She had previously shared the explicit videos and photos with her then-boyfriend as many do when in an intimate relationship. Ella did not shy away from posting her Whatsapp messages between her and her ex-boyfriend when he tried to ask for money in exchange.

She also asked friends, family and fans not to give the said man more power by sharing her images and videos as this is what he wanted all along to humiliate her because he knew that they would go viral. She added that she refuses to feel ashamed, humiliated nor threatened and thanked her Instagram family for their compassion and support.

Ella is not the first female celebrity to have her nudes and pornographic videos shared to all and sundry by a former partner.

In2015, poplar Ugandan singer Desire Luzinda’s sex tape was leaked on social media by her ex-boyfriend and in 2012, Zimbabwean celeb Pokello Nare’s ex-boyfriend Desmond Chideme aka Stunner leaked their sex tape, a few days after becoming a housemate at the then popular show Big Brother Africa, The Chase. 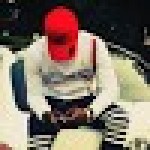